“No hamfisted plot buggery,” one commenter pontificates. “An insult to the original series,” says another. Comments on reviews of such ilk as The Guardian’s or Den of Geek’s attract as much backlash from the fans as the show itself. How dare he say 11 is better than 10! How dare she question Moffat’s paradoxes which mysteriously “resolve themselves”. But on this occasion, there is more to talk about than the mere audience reaction. No, today, there is The Day of the Doctor. 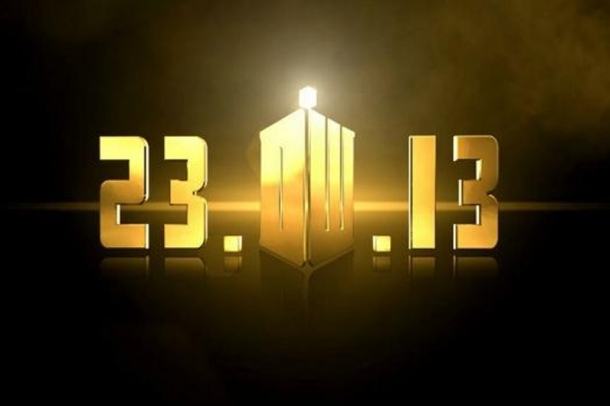 You must have heard the news. David Tennant, John Hurt, Billie Piper, the Daleks. That, at least, is no longer a spoiler. The Great Intelligence has been dealt with in the previous series’ The Name of the Doctor, and the “impossible girl” has been explained. Moffat had a clean slate. The desire to tie up loose ends must have been compelling, for what resolves is a gigantic knot of said ends from the previous seven series. Right from the get-go in Rose, there are questions to be answered, and, at least to some extent, they are answered in The Day of the Doctor.

From the man who brought us gold such as Blink, The Empty Child/The Doctor Dances and The Girl in the Fireplace, we get an episode fairly straightforward but confusing to non-followers of Doctor Who, which echoes the phrase “missed opportunity” with every line. There is a fair amount of comedy, though, which is pleasing to see from such a comedy genius as Steven Moffat (just look to Coupling for examples). I want to make one thing clear, though: there is no big reveal. It makes me wonder why it was simulcast in the first place. For those of us expecting a surprise, if that’s not an oxymoron, there was just disappointment. 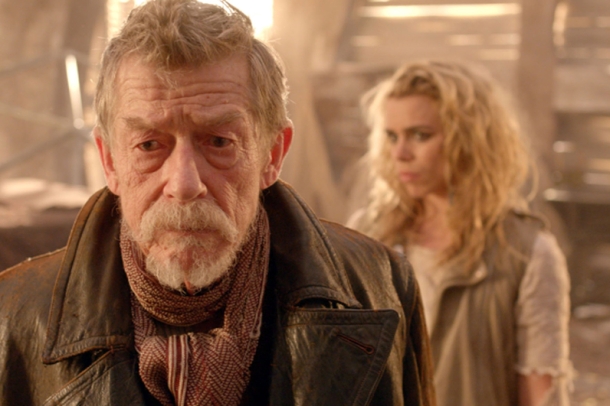 As for the music, I was expecting a glorious mash-up of themes from the Series Seven soundtrack, which has by far been the best soundtrack to date. “You’re Fired!”, at least. Then “A Turbulent Flight”, “Up the Shard”, and perhaps even a touch of “Bah Bah Biker”. That would ice the cake nicely. But there would be none of that here. Instead we get the usual horns and strings from Murray Gold, bless him, who always delivers the best, if monotonous, scoring. There is a nice tribute to previous series with the return of the Russell T Davies-era music. But the missed opportunity to use some of television’s best musical scoring looms over the episode like a proverbial aging star who’s lost his spark but is drafted in to play an ambiguous incarnation of a famous television hero. Yes, well…

That said, there are some truly great and totally memorable parts. The effects, for starters, are grand, especially considering each CGI shot had to be completed twice for the 3D format. There is a marvellous transition from outside the TARDIS to inside, on a scale of awe that we’ve never seen before on Doctor Who. Only once in recent times have we seen something like this, in the episode The Snowmen, but then it was obviously a CGI’d exterior to the TARDIS. In The Day of the Doctor, it is seamless. There are also some funky 3D paintings and some neat visual effects done outside of a computer: an exploding Dalek, for instance. 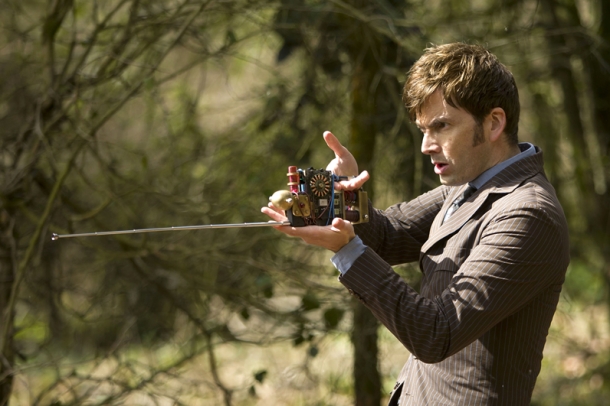 Most of the story is set-bound (and not surprisingly, too, given the media buzz), though an acceptable amount is shot outdoors to give the impression of variety. There is the obligatory and much welcomed nod, or should I say nods, to the classic series too, as well as a very, very brief look into the future of Doctor Who. The production team have done an excellent job in recreating certain aspects of the classic series. It’s just a shame the writing doesn’t live up to the effects.

On the subject of writing, the inevitable and predicted cameo at the end seems convoluted, confusing and unclear, as if it were penned in five minutes before filming. This may well have been the case, given the nature of it. As with the cameo of Matt Smith in An Adventure in Space and Time, this one doesn’t quite fit. Similarly the final scene, while adored by fans, is quite jarring for most viewers, and doesn’t fit into the story very well. Nonetheless it’s a pleasure to watch, for the visuals if not anything else. 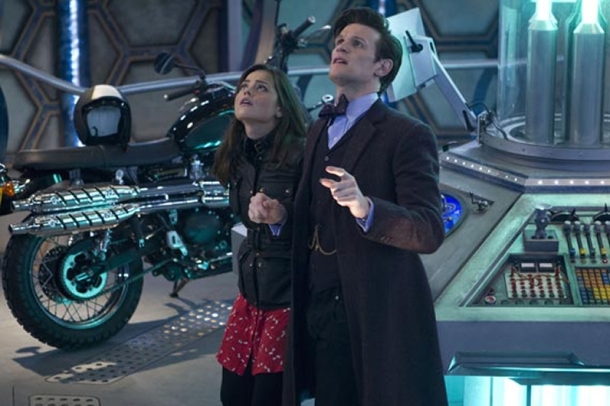 It’s clear that what is and what could have been are two separate worlds. With the reintroduction of Paul McGann in the minisode, The Night of the Doctor, it’s a shame his character wasn’t explored further. And, to be honest, by the end of the episode, I was more pleased to find a half-eaten packet of Iced VoVos in the back of the cupboard. Not because the 50th was bad, but because it could have been more. So, so much more.

The Day of the Doctor airs in Australia tonight at 7.30 on ABC1, as well as in 3D cinemas.